By the mid 1970s albums based on medieval themes were hardly new; in fact they were a dime a dozen, especially in merry old England, where the likes of Jethro Tull and Rick Wakeman practically based their entire careers around it. Particularly the latter, who’s 1975 solo LP The Myths and Legends of King Arthur… END_OF_DOCUMENT_TOKEN_TO_BE_REPLACED 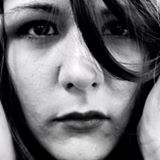